The Senetas Corporation Limited board of directors is comprised of experienced and respected members of the business community.

Their focus includes maintaining the company’s integrity, ethics and standards of excellence. In addition, the board is responsible for the company’s overall performance, stakeholder interests and the future direction and business strategy of Senetas Corporation Limited. Mr Andrew Wilson was appointed CEO on 15 August, 2012. Previously he was Senetas’s Chief Financial Officer (CFO) and Company Secretary. Throughout his career with Senetas, Mr Wilson has had a significant role in the important stages of the company’s development since it was first listed on the ASX in 1999.

Mr Wilson has developed a strong understanding of Senetas’s technologies and product applications, including customers’ requirements and their distribution channels. His focus included product development, manufacturing and the business’s financial drivers. Mr Wilson has significant expertise in the global cyber-security market and the data networking and encryption segments in particular.

Through his extensive engagement with cyber-security communities – government, commercial and regulatory – Mr Wilson has been closely involved in the management of the company’s R&D and customers’ security solution needs and expectations.

Mr Wilson’s strong relationships in the international cyber-security sector, including solutions vendors and service providers, has contributed to his strong understanding of the markets and demand drivers for Senetas security products.

Commencing his career with KPMG working with the banking and broking financial sectors, Mr Wilson has also worked in the United Kingdom with Deutsche Bank and NatWest Bank Plc. His experience in corporate restructure has added to Mr Wilson’s considerable financial and administrative skills.

Importantly, Mr Wilson brings to his CEO role strategic planning skills, a customer-centric focus and an understanding of the cyber-security markets’ dynamics. 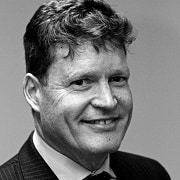 Brendan Case has more than 20 years company secretarial, corporate governance and finance experience. Brendan is a former Associate Company Secretary of National Australia Bank Limited (NAB), former secretary of NAB’s Audit and Risk Committees and has held senior management roles in risk management and regulatory affairs.Mr. Case worked for the NAB for almost 15 years and prior to joining NAB, he worked at UniSuper Limited for 8 years. He is a Chartered Secretary with a Masters of Commercial Law from the University of Melbourne and has degrees in both economics and finance. 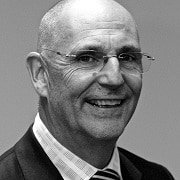 Mr Francis Galbally is the founder and non-executive Chairman of Senetas.

He held the positions of CEO and Chairman of the company from its commencement in 1999 until, for family reasons, Mr Galbally retired as an executive in February 2006 and as a director in May 2007.

In 2012 Mr Galbally led Senetas’ significant capital and business restructure and re-joined the company as a significant shareholder and board member. He was re-appointed chairman on 30 April, 2013.

Mr Galbally has over 35 years’ experience in international business and commercial law. He is a graduate (first class honours) in Law at Melbourne University and worked in a professional legal practice for 15 years, specialising in business law. He was a partner in the leading law firm Galbally & O’Bryan during which time he successfully led a number of landmark commercial litigation cases.

Mr Galbally has been a director, chairman and significant investor in a number of Australian Stock Exchange (ASX) listed companies over the past 25 years. As a result, Mr Galbally has developed an extensive network of international business partners.

During his successful legal career, Mr Galbally was responsible for recovering more than $1 billion in investor funds ($1 for $1) lost as a result of the major corporate failures (Pyramid Building Societies and Estate Mortgage Trusts) during the 1990s. Mr Lachlan Given is currently a consultant to Madison Park LLC, a global strategic and financial advisory business.  Madison Park is Senetas’s largest single shareholder, after participating in a comprehensive capital restructure in June 2012.

Prior to joining Madison Park in 2004, Mr Given spent five years working in the investment banking and equity capital markets divisions of Merrill Lynch in Hong Kong and Sydney, Australia. He specialised in the origination and execution of a variety of M&A, equity, equity-linked and fixed income transactions.

Mr Given is a board member of The Farm Journal Corporation, a 134 year old pre-eminent US agricultural media company. He is also on the board of: CANSTAR Pty Ltd, the leading Australian financial services ratings and research firm; and RateCity.com Pty Ltd, one of Australia’s largest internet-based financial services comparison organisations.

Mr Given graduated from the Queensland University of Technology with a Bachelor of Business majoring in banking and finance with distinction.

Lawrence Hansen has had a successful career in leading international IT and data security organisations. He has a strong international M&A and business integration background, having directed world-wide teams since 2005.

Until recently, Mr Hansen was VP and general manager of Dell Software Group employing 3,000 staff in sales, marketing, channels and services, and oversaw its go to market strategy. Previously, Mr Hansen was President and CEO of SafeNet, Inc., Senetas’s global distribution partner. At SafeNet, he led a significant recapitalisation of the company that saw strong growth in revenues and profits before its successful sale to Gemalto NV in 2014.

Mr Hansen’s deep knowledge of Senetas’s current and potential global customer base, sales function, and product development and innovation program; make him a valuable addition to the Senetas board. He also brings to the board his global experience in services, products, marketing and business planning.

As president and CEO of Numara Software, a $100m business, Mr Hansen oversaw the company’s successful sale and integration into BMC Software.

Mr Hansen, a Canadian-born US citizen resides in Dallas, Texas, is a director of Covisint Inc. (Nasdaq: COVS), a leading Cloud platform provider enabling the “Internet of Things” and identity management solutions. Ken Gillespie retired from the Army after a distinguished 43 year career. He became Vice Chief of the Defence Force/Chief of Joint Operations and Chief of Army, having demonstrated high order strategic planning, engagement and implementation skills and excelling in high command appointments.

Lieutenant General Gillespie was advanced to Companion in the Military Division of the Order of Australia after receiving the honour of Officer of the Order of Australia for his service as Commander Australian Contingent, Operation Slipper, and having been a Member of the Order for his service as Commander ASTJIC. He was also awarded the Distinguished Service Cross for his command and leadership in East Timor and the Conspicuous Service Medal for his work in Namibia.

In 2009 Lieutenant General Gillespie was awarded the Legion of Merit (Commander) by the United States of America. In 2010, the Republic of Singapore awarded him the Meritorious Service Medal (Military – Pingat Jasa Gemilang).

Lieutenant General Gillespie is a part-time defence adviser to the New South Wales Government, a director of the Boards of Australian Aerospace Limited, Indoor Skydive Australia Group (Chairman), the White Ribbon Australia (Chairman), and the Australian Drugs Foundation. Most recently appointed a director of Australian Strategic Policy Institute, he also consults to Government Departments, companies on leadership, culture and change management and remains very supportive of ex-service organisations. He is an ambassador for national bowel and prostate cancer organisations as well as “Soldier On”, a charity concerned with supporting wounded soldiers. Appointed to the Senetas board in December 2017, Mr Philip Schofield is an Executive Director at Canaccord Genuity Australia.

Mr Schofield has over 30 years of international experience in the banking and finance sectors, including senior management and director roles.  These positions include major investment banking groups Goldman Sachs and Citi Group.

Mr Schofield’s experience in capital markets around the world’s financial centres include his working in London, New York, Melbourne and Sydney. He obtained a Bachelor of Economics degree from Monash University, Melbourne.